Weekend started with Cannon's pre-op physical. He's getting tubes in his ears to help with the seemingly perpetual ear infections we've been battling since January (since he went into daycare... a whole other host of mommy guilt associated with that). He finally broke the 20 pound mark (20lbs, 5oz) but I am sure he's not going to be the normal baby who triples his birth weight by a year (he would have to gain 4 pounds in a month!). Doc said all looks good and he's ready for surgery. It's on Friday so I have all week to worry about that. Everyone says it's super fast and that it helps so much but that doesn't make holding your baby while they put him to sleep any easier. The benefits will be huge in the long run. I hate that we've had to put him on antibiotics once a month since January.
Summer temperatures came back so we were able to take Cannon to the pool without his little lips turning blue! The city of Florence has a fabulous family swim center where most of the pool is only 2 feet deep! There's a lazy river and a water fountain area, it's way cool for the kiddos. 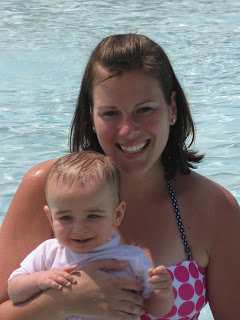 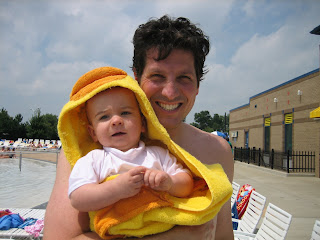 Saturday night we went to the Florence Freedom game with two other families. It's our local frotnier league baseball team. The games are cheap. The beer is cheap. There is TONS for the kids to do and baseball to boot! They have a lawn area where you just bring a blanket and pay five bucks a ticket and just hang out. They only have one more Saturday night game this season so we're planning on being there! 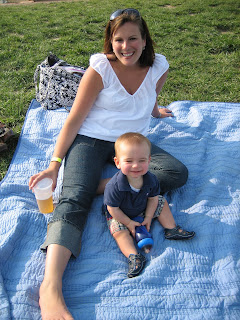 We decided this weekend to fininsh the basement! We got 5 bids and think we've found the perfect fit. We're going to just finish it into a big rec room/ playroom and a half bath. One half of the basement will remain storage and the other part will be kid central! Dan and I moved ALL of our stuff to the one side yesterday which was quite the undertaking and we picked out the bathroom fixtures and carpet today. The guy we are hiring says he can do it in 2 weeks so maybe, just maybe by Cannon's birthday it will be done! So exciting! 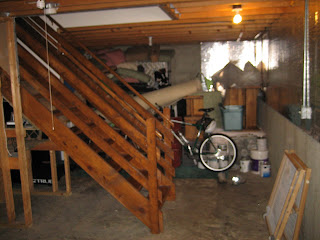 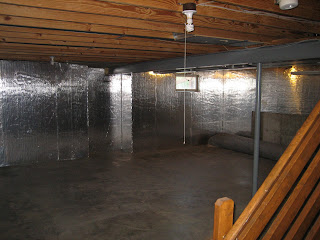 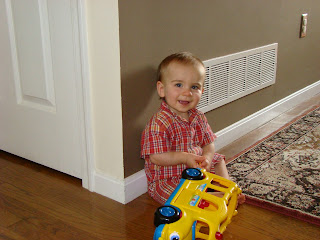